On the morning of 1st March 2021 Reading residents awoke to find an artwork painted on the prison wall at Reading Gaol. This lifted the spirits of young and old, at a time when partial Coronavirus restrictions were still in place.

The general view seemed to be that it was a Banksy and a few days later this was confirmed on Banksy’s Instagram account which showed a video “Create Escape”. Many in Reading felt this was Banksy lending his support to our campaign to save the Gaol. A popular interpretation of the mural is that it is Oscar Wilde escaping from the Gaol with his typewriter.

A couple of weeks after the Banksy had appeared the typewriter was obliterated with red paint, and a “Team Robbo” tag added. 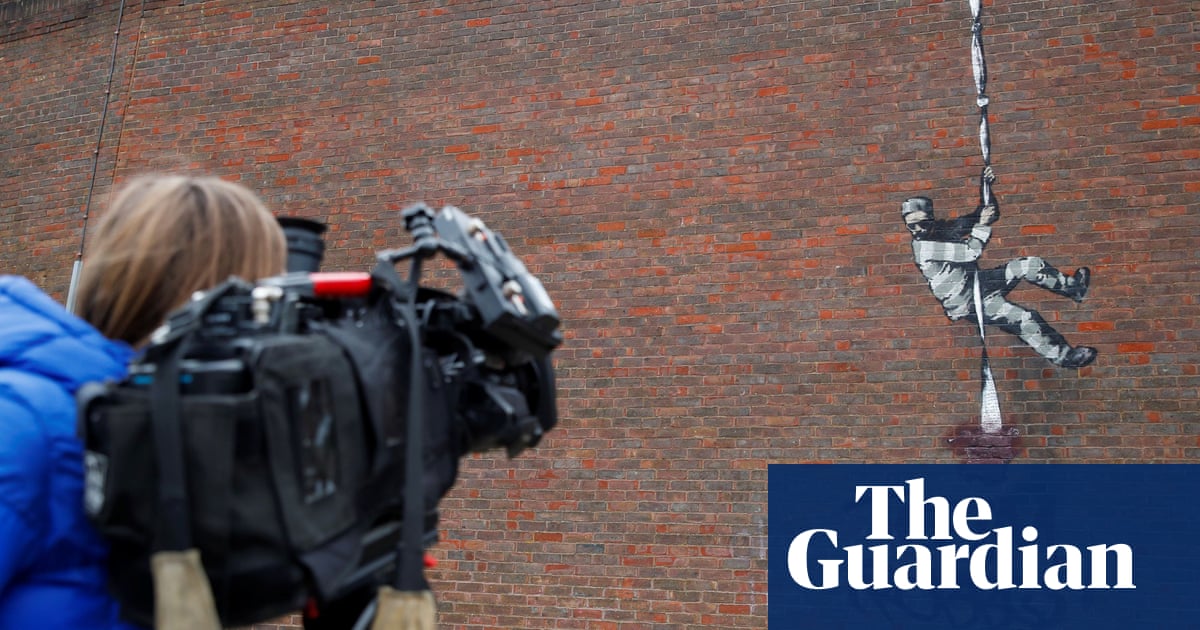 A typewriter then appeared on the nearby Caversham Bridge.

The missing typewriter from the Banksy was eventually reinistated, unofficially, by local grafitti artist Peachy. The Ministry of Justice, who seemed to have suddenly realised that the Banksy mural makes the Gaol potentially worth more to a developer, finally took action to protect the artwork from further vandalism.